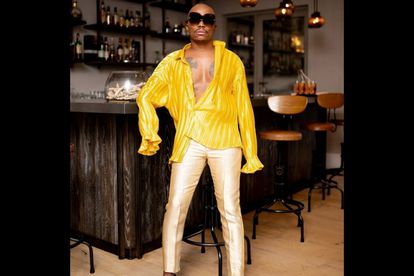 Idols SA viewership dropped by over 325 000 following media personality Somizi Mhlongo’s departure from his judge role on the singing competition.

The popular singing competition has taken a plunge in ratings following Somizi Mhlongo’s departure from his role as a judge on the show. According to Channel 24, Idols SA dropped from 1 018 607 viewers in July 2021 to 693 760 views on 8 August. This followed the announcement made by Multichoice on 6 August, stating that Somizi Mhlongo would be taking some “time off” from Idols SA. In July the show was the fourth most-watched show on DStv.

That is an almost 32% drop in viewers. The show therefore, plunged to the 10th most-watched show on DStv during the month. That was unfortunately the highest viewership the show received throughout the month of August. This shows that Somizi Mhlongo is the ultimate “fan favourite” on the show.

Somizi still appeared in episodes until 22 August because the show was pre-recorded. However, fans seemed to have already lost interest in Idols SA since the announcement of the media personality’s “time off”. When the show reached its live show stage, a new guest judge was announced every week rather than having one replacement for the energetic media personality.

While August was a rough month for Idols SA viewership, it may have been the toughest month of Somizi Mhlongo’s life. His problems began when audio clips of his estranged husband accusing him of abuse surfaced.

The audio clips revealed Mohale Motaung confessing that Somizi had allegedly abused him, sabotaged his professional relationship with the Fergusons and more.

Although the media personality released a statement denying the allegations made against him, it took a huge strain on his career. The abuse allegations led to Multichoice announcing that Somizi Mhlongo would be taking some time off from Idols SA.

This followed SABC’s announcement that Somizi Mhlongo would be taking some “time off” from his radio gig on Metro FM on 4 August.

Although the SABC and Multichoice have not released follow-up statements confirming that Somizi will not be returning to Metro FM or Idols SA, the media personality confirmed that he is in fact unemployed.