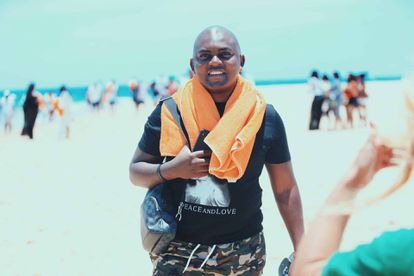 DJ Euphonik has broken his silence after the National Prosecuting Authority (NPA) announced it would not be pursuing the rape case against him and DJ Fresh. The two were accused of raping a woman at a party in 2011, allegations which they have both denied. The Johannesburg woman claimed they drugged her at a party before taking advantage of her.

“Shout out to the toxic feminist brigade who are conscious liars and delusionists that don’t know the difference between fact or fiction. You can’t rape someone you’ve never met and don’t know. No matter how much you want to believe it it won’t make it true,” Euphonik said on Twitter.

However some Twitter users were quick to call him out for his response, but he was having none of it.

“You’re not going to tell me how to react. It was funny while our names were being dragged by this lying extorshinist. Keep the the same energy going. Have a great day,” the DJ later said.

NPA: Not enough evidence against Euphonik and DJ Fresh

The NPA announced on Monday, 15 February 2021, there was not sufficient evidence to prosecute DJ Fresh and Euphonik, whose real names are  Thato Sikwane and Themba Nkosi.

The duo had made the initial announcement themselves, saying:

“We are pleased to state that, after considering all of the evidence collected while investigating the claim made against us, the chief prosecutor has dismissed the allegations on the basis that the allegations are without merit. The docket has been marked nolle prosequi meaning ‘will not prosecute’,”

Both DJ Fresh and Euphonik, who were radio presenters at Johannesburg-based radio station 947, were pulled off air, in light of the allegations. Primedia Broadcasting, which owns the station, then moved to release them from their contracts.

“Primedia Broadcasting can confirm that, after careful consideration of the events of the last few weeks, the company has decided to release DJ Fresh and Euphonik from their contracts. Their last shows on 947 were aired on January 15 and January 10 2021, respectively,” the company said.