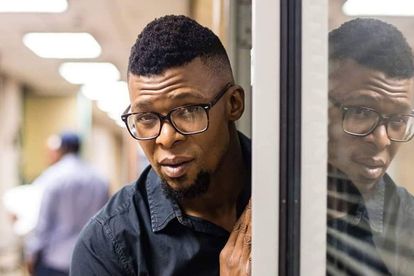 Talented actor Vuyo Dabula, who plays the role of Julius in 1Magic Entangled, has slammed rumours of his death.

The star took to his Instagram account to rubbish the rumours which were first spread on TikTok.

ALSO READ: ‘People were in tears’: ‘House of Zwide’s’ Nandi Nyembe on her death hoax

Entangled actor Vuyo Dabula – who plays Julius in the romcom has addressed rumours of his death.

Dabula is the latest celebrity to fall victim to a death hoax spread on social media by a mysterious lady.

An angry Dabula shared three videos on his Instagram account to warn the lady about using lies to chase clout.

He swore at the lady in the videos and revealed that he’s been getting calls from his loved ones because of her lies.

In the videos shared on Instagram, the star calmed his loved ones and his fans who were extremely worried about him.

HIS ROLE AS JULIUS

The former Generations: The Legacy actor – who is famously known for his villainous role of Gaddafi currently plays the role of Julius in the rom-com Entangled.

Dabula is joined by actress-businesswoman Phuti Kgomo who plays Sharon, actor Vuyo Ngcukana who plays Sizwe, and actress-DJ Pearl Modiadie who plays the role of Andiswa.

In the rom-com, Sharon is being pulled by her fiancé Sizwe and her former lover Julius who she cannot decide between.

“Entangled is a ground-breaking and edgy show that we’re excited to share with our premium and compact plus viewers.”

“As 1Magic, we’re proud to contribute and create content that is interesting, lively, real, and shifts mindsets.”

“It’s part of our commitment to having a variety of local productions that our audiences can relate to,” says Shirley Adonisi, newly appointed director of local entertainment channels at M-Net.

ALSO READ: ‘I laughed it off’: ‘Gomora’s’ Israel Matseke-Zulu on his death hoax