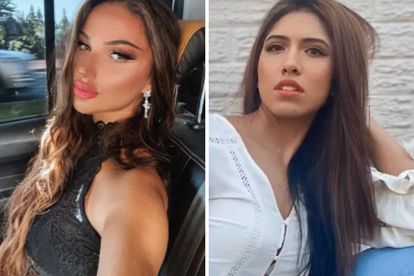 It’s been several months since Springboks player Elton Jantjies was reportedly caught with team dietician Zeenat Simjee in one of the biggest celebrity cheating scandals in Mzansi this year. But the past of the married father of three – whose wife is Iva Ristic – has continued to haunt him, despite his recent confession.

The sordid affair – which Zeenat denies – has been filled with bombshell after bombshell: from secret hotel rendezvous to an impending divorce to even an elaborate case of “mistaken identity”.

But the saga continues to unfold as the former love triangle are now reportedly at odds with one another.

IVA VS ZEENAT: FROM FRIENDS TO LOVE RIVALS?

Whilst there was physical proof that Iva Ristic and Zeenat Simjee were ever friends, the former did suggest that they were on friendly terms before the dietician’s scandalous alleged affair with her husband.

After Zeenat denied the fling with the Springboks player in a lengthy statement, Iva clapped back with allegations that she had been blocked on Instagram by the Boks employee.

Sharing a screenshot of a DM in which Zeenat complimented Iva for being “beautiful”, the latter claimed that the pair were known to message each other. But that all stopped when Iva messaged Zeena after the “affair”, texting: “Is there anything you want to tell me?”

In the screenshot, the message was seen but seemingly ignored.

Iva has since been on a mission to have Zeenat apparently sacked from her job. In an interview with Netwerk24, Iva claimed that she had sent Springboks coach “proof” of Zeenat’s affair with Elton.

She said: “I don’t know why I still have to fight over this. It’s so cruel and inconsiderate to any Springboks wife. It must not even be a consideration….she must go! It’s not as if there aren’t any other dieticians in South Africa”.

Iva has since shared her decision to divorce Elton Jantjies.

Here are pics of Iva Ristic vs Zeenat Simjee, as posted on their social media accounts