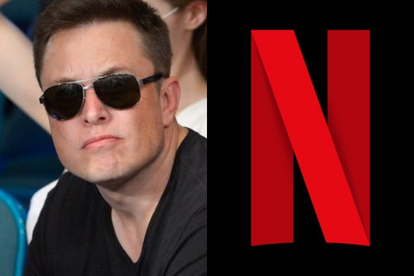 For the first time in 10 years, Netflix has reported a decline in viewership. Earlier this week, the streaming giant announced that it had lost 200 000 subscribers in the first quarter. Elon Musk, the founder of Tesla and Space X, has blamed the “woke mind virus” for the loss of subscribers.

According to Elon, “wokeness” will eventually lead to a life without humour or laughter.

For the first time in a decade, Netflix has seen losses. According to reports, Netflix’s shares have fallen by 20%, and South African-born US-based billionaire Elon Musk has an idea why that must be.

According to Musk, who aired his thoughts on the matter, shares have dropped because of the current woke culture that has absorbed society.

He also agreed with a different Twitter user, @nichegamer who remarked that Netflix isn’t the only entertainment platform threading on eggshells trying not to offend people who have become quite simply put very easily offendable.

“Not just Netflix. Movies in general, video games, tv, they are all infested with current year trend woke garbage for fear of offending a green-haired freak next to the ban button.

“Nothing original anymore at all, except for media coming out of places like Japan or Korea, ironically,” wrote @nichegamer, to which Elon responded:

Not a fan of the cancel mob

Business Insider reports that this isn’t the first time Elon has spoken ill of woke culture. According to the publication, Elon previously said that one day it will lead to a “humourless society”.

“Do we want a humourless society that is simply rife with condemnation and hate basically? At its heart, wokeness is divisive, exclusionary, and hateful.

“It basically gives mean people a shield to be mean and cruel, armoured in false virtue,” he said last year in an interview with The Babylon Bee.

ALSO READ: Elon Musk: ‘Almost anyone can work and save up R1.5m for a Mars trip’