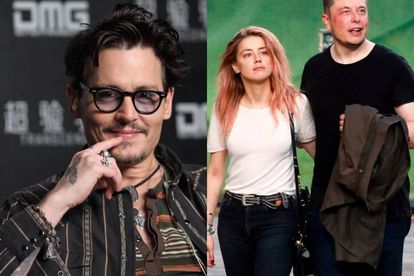 Tesla and SpaceX CEO Elon Musk broke his silence on his ex-girlfriend actress Amber Heard and her ex-husband Johnny Depp defamation trial, via a tweet on Saturday 28 May.

ELON MUSK: ‘THEY ARE EACH INCREDIBLE’

Elon Musk was initially named a potential witness in Amber Heard and Johnny Depp’s defamation trial but he did not testify. The billionaire remained mum on the case until a tweet on 28 May.

Musk replied to a tweet by MIT research scientist and podcaster Lex Fridman, who gave his takeaways from the trial. Take a look…

“My takeaways from Johnny Depp vs Amber Heard trial: 1. Fame is one hell of a drug (for some). 2. Psychiatrists & lawyers come in drastically varying levels of skill. 3. Lying to millions of people is something humans are capable of. 4. Love can be messy. 5. Mega pint of wine,” tweeted @lexfridman.

Musk then tweeted that he hopes both Amber and Johnny move on because they are both “incredible.”

“I hope they both move on. At their best, they are each incredible,” he tweeted.

The billionaire’s tweet comes hours after the hearing ended. Johnny is suing Amber for $50 million (R777 million). This was for allegedly defaming him in a Washington Post op-ed, in which she wrote – “I became a public figure representing domestic abuse,” without naming him. Amber is countersuing Johnny for $100 million (R1.5 billion). The pair accused each other of domestic violence during their one-year of marriage.

Johnny accused Amber of having an intra-marital affair with Musk. However, E! News reports that the billionaire and Amber only began dating in May 2016. The publication reports that Musk’s rep also claimed that even in May 2016, they were “infrequent.”

A RELATIONSHIP TIMELINE BETWEEN THE BILLIONAIRE AND AMBER