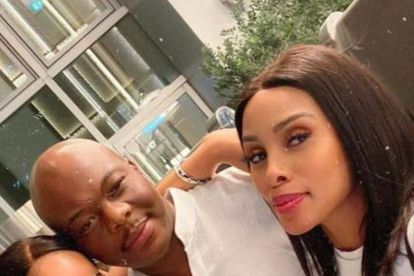 Two former girlfriends of Edwin Sodi have spoken out about their respective relationships…and what attracted them to the wealthy businessman.

The controversial public figure has made headlines this week after being allegedly linked to another female celebrity, TV presenter and media personality Minnie Dlamini.

According to tweets posted by the under-fire celebrity gossip blogger Musa Khawula, Dlamini allegedly had an affair with Sodi while married to husband Quinton Jones. The media personality denied this in an official statement posted on social media on Wednesday 11 May, saying the allegations are “false, damaging and malicious” and that legal action will be taken.

WHO HAS EDWIN SODI DATED?

While Edwin Sodi’s business practices have come into disrepute, so has his love life.

In 2020, the 49-year-old businessman was arrested on charges of corruption, fraud, and money laundering, as reported by Sowetan Live.

The ANC “tenderpreneur” has six children with several unknown women, claims Sunday World. He is estranged from his Capricorn FM presenter wife, Nthateng Lerata, and has also dated a string of beauties, including influencers Nokukhanya Karen Zulu, Kat Ncala and Kefilwe Mabote.

Earlier this week, Musa Khawula tweeted a “hit list” of women linked to Edwin. They allegedly include Mihlali Ndamase, Thuli Phongolo, Lizelle Tabane, and many more.

Thuli and Mihlali have since snubbed the rumours in social media posts.

In addition, in 2015, Edwin is alleged to have had affairs with the former wives of Proverb and DJ Sbu — Onalerona Thekiso and Disebo Makatsa respectively.

In March, City Press reported that Sodi was arrested for reportedly assaulting his estranged wife Nthateng, whom he allegedly found at their Bryanston home in the company of a male companion.

Speaking in anonymity to City Press this week, two ex-girlfriends spoke about their romances with Sodi.

One of the women claimed that the businessman was generous, offering them business contracts and the opportunity to drive his luxury vehicles during their romance.

She said: “He is a nice person when you are involved with him”.

She continued: “There is more to the relationship, especially if you are business-minded and not only focused on romance. He will give you a chance to go ahead in business.

“What I know is that, for most women he has been in relationships with, he does not give them money. The only thing you will get is a business opportunity. I know one of the ladies, who is also mentioned on the list posted on social media the other day, once said, ‘Thank you babe for the water and sanitation contract’ and everyone was attacking her because Edwin is currently undergoing these legal cases (alone).”

“He will never buy you a car, but will allow you to use his cars. I was using his G-Wagon for some time and I also drove his BMW.”

The other woman, who allegedly has a child with Sodi, said she received a hefty amount in child support each month.