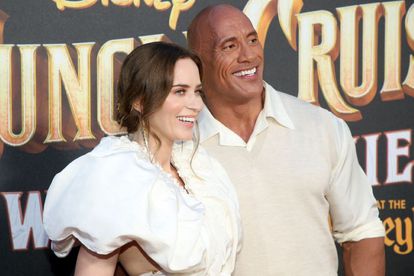 The WWE legend-turned-actor Dwayne Johnson is known for his muscular physique, but in a new promo for hit film Jungle Cruise, he answered a list of typical Google questions, including one about what was “wrong” with his abs.

Johnson declared the question was “f**ked up”, but explained an injury suffered in a 2013 match against John Cena, when The Rock was at the top of his game, meant his self-named “five and a half pack, sometimes a four and a half pack” was not perfect.

“In a wrestling match, I tore the top of my quad off my pelvis,” he said in a video for Wired, adding that the injury tore his abdomen wall and required a triple hernia surgery.

Jungle Cruise leading lady Emily Blunt was alongside the 49-year-old for the light-hearted Q&A video, which featured “The Web’s Most Searched Questions” – including an explanation of how he became known as The Rock.

Blunt, 38, agreed that the question about Johnson’s abs was “f**ked up”, adding:

“Who wrote that? What’s wrong with them?”

John Cena hopes ‘The Rock’ will return to WWE

“I love The Rock, and so do millions and millions of people,” the 44-year-old said. “I think he would warm so many hearts if he came back.”