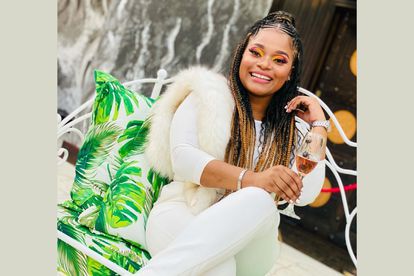 Following the latest episode of Mnakwethu South African actress Sthandwa Nzuza took to her Instagram story to express her thoughts on the practice of polygamy.

POLYGAMY AND POLYANDRY IN SOUTH AFRICA

Sthandwa Nzuza who plays the role of Dr Zandile Mkhize on Durban Gen, voiced her thoughts on polygamy on Instagram.

Sthandwa Nzuza took to her Instagram story to express that she thinks the first requirement for a man to consider polygamy is money. This followed the latest episode of Mnakwethu.

Mnakwethu is a reality series hosted by Musa Mseleku who attempts to give married men a chance to over power the fear of introducing polygamy to their current wife/s. However, Sthandwa Nzuza feels polygamy is for men with money only.

“Polygamy needs people who have money. In fact to keep a single woman, you need money or stay the hell away from women,” wrote Nzuza when her Instagram story is roughly translated to English. The story has since expired.

“PLEASE!!! Stop chasing people’s children, saying you love them / get married but lack the responsibility of being a man,” she continued.

“And this question of the girl ‘what are you bringing to the table?’ haibo thixo, you brought yourself to ME…unprovoked…what table now?” she added.

Last year the Durban Gen actress revealed that she had been physically abused by her estranged pastor husband Philani Gama. The actress opened a case against him at the time.

“The reason my marriage is suffering is because of the abuse I have suffered at the hands of my husband. I do not like talking about my private life, nonetheless it is true that I have opened a case against him,” said Nzuza to Isolezwe.

In a cyptic Instagram post, the actress seemed to have mentioned leaving her husband and not looking back.