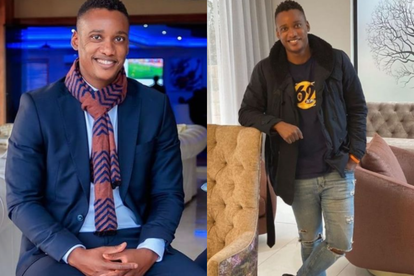 Duduzane Zuma just gifted a family a new house after the KZN floods destroyed theirs. Images via Instagram: @DuduzaneZuma

Duduzane Zuma just gifted a family a new house after the KZN floods destroyed theirs. Images via Instagram: @DuduzaneZuma

Duduzane Zuma, the son of controversial former South African president Jacob Zuma, is strengthening his presidential campaign despite criticism and online backlash. Two years ago, the 38-year-old opened up about his plans to become president and ever since then, has been working hard to show those who don’t think he stands a chance, that he is dead serious.

His latest efforts to gain support has seen him hand over the keys of a house to a KwaZulu-Natal family who unfortunately lost their home during the devastating floods that left many desperate and destitute in June this year.

Duduzane Zuma’s presidential campaign as been met with a ton of eye rolling, criticism and believe it or not, excitement.

Stepping out of his father’s tainted shadow has been quite hard for Duduzane who continues to try and win over hearts with his hopeful attitude and acts of kindness.

The last few months have seen him cleaning streets, handing out food parcels and blankets and now even giving people houses.

In an Instagram post shared by one of Duduzane’s entourage, Winston Innes, the hopeful presidential candidate can be seen handing over the keys of a new house to an overjoyed KZN flood victim.

The gesture is met with cheers and applause from bystanders who can also be heard singing “Khanibululu ku Zuma,” which loosely translates to: “Say thank you to Zuma,” in the background.

During a brief speech, Zuma tells the crowd that he doesn’t do charity because he is obligated to it but because he wants to help.

“Us building this house is more than saying here is a house, it says we are here to build a community.”

As usual, there have been mixed reactions to the post.

While some have welcomed his efforts, others simply can’t imagine having another Zuma at the head of the country – especially not one who has such close ties to the controversial Gupta family.

“Another populist predator masquerading as a benefactor of the poor and needy.”

ALSO READ: Duduzane Zuma ‘praying for opponents’ ahead of elections – is SA ready?