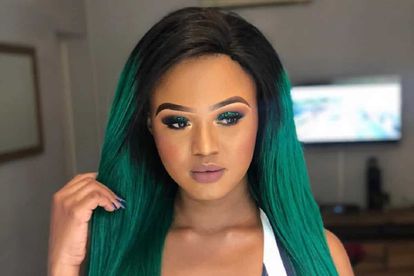 Babes Wodumo headed online very early this morning to start what many consider to be a very weird live video. The young mother could be seen in her usual high spirits while dancing and talking about baby momma and baby daddy drama, much to the amusement of her curious fans.

South African gqom artist Babes Wodumo has had her fair share of bad publicity. These days, the young musician busies herself with her and Mampintsha’s little boy, Sponge Wodumo who was born only a month ago.

Or at least that’s what we thought.

The recently married singer and dancer headed to Facebook very early this Wednesday morning where she started a live video. She seems to be making a lot of those lately so no one really minded until she started speaking about baby daddies and women who gave birth at young ages.

In the clip, Babes tells women all about how she made the decision to get married before she gave birth to her child. She also tells women not to “compare her” to their baby daddies who left them as single and young mothers shortly after the babies arrived.

In essence, Babes was flexing the fact that she is living her best life as a married woman with her first child. While the message seemed pretty clear, many were wondering if Babes was on a substance when she headed to Facebook this morning.

“Babes Wodumo is not trying to be anyone’s role model. She came to this earth to live her life”