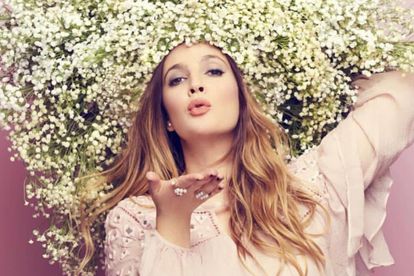 Drew Barrymore revealed in an interview with Andy Cohen on Sirius XM earlier in March that she does not want to continue making movies at the moment.

DREW BARRYMORE: ‘THE ANSWER IS NO’

Andy Cohen asked Drew Barrymore on 11 March if she wanted to make more movies and she responded:

“You know if I’m being honest, the answer is no, I don’t want to be on a film set right now.”

Drew went on to explain that the reason she wanted to take a break from acting was because she was prioritising being a mother and raising her kids herself.

The Blended actress has two children named Olive and Frankie with ex-husband Will Kopelman, the American philanthropist and businessman. Drew and Will co-parent their children together.

DREW BARRYMORE NOT SAYING NO FOREVER

However, Drew Barrymore made it clear she was not saying no to acting in films indefinitely:

“But that could change when my kids are older. I stopped doing movies when my kids were born because I’ve done it since I was in diapers at 11 months old, was when I started,” she added.

“It was a no brainer to me to put making movies on a back burner so that I could be present and raise my kids myself. I didn’t want to be on a film set asking the nanny how the kids were,” she continued.

WHAT HAS DREW BARRYMORE BEEN UP TO?

Other than acting in movies, the 50 First Dates actress has started several brands and written a book. In 2015, she released Wildflower, a book based on stories of her past and present as told from the happy place she was in when she wrote it. The book became a New York Times bestseller.

Drew Barrymore also got to work on a Netflix show titled Santa Clarita Diet, which she said came to her at the “perfect time”.

“I have to say I was so knee deep into mothering my kids I was like, I don’t know who I am any more. I think I went way too far in the opposite direction and if I can’t remember that I am an individual with a skill set I might die,” Drew said.

“I got to play this woman who gets to eat people, and it was exactly how I felt and it was just perfect,” she added.

Drew Barrymore said the show saved her because she had been going through so much at the time.

“It really saved me, I had gained a lot of weight, I had lost my way, I was going through a really difficult divorce.”

ALSO READ: Selena Gomez hints at retiring from music: ‘I want to give it one last try’