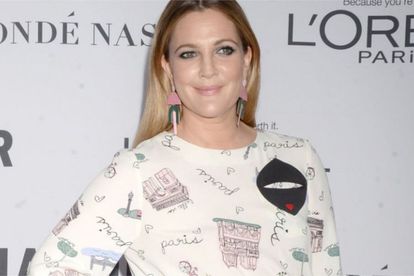 Drew Barrymore “will never lie” to her children about her past. The 46 year old actress has been open about her battles with drug and alcohol abuse which she faced after being thrust into the spotlight as a child when she starred in E.T. the Extra-Terrestrial in 1982.

‘I WILL NEVER LIE TO MY DAUGHTERS’

Barrymore has now insisted she won’t hold back on telling her two daughters – Olive, 8, and Frankie, 7 – about her previous experiences, because she thinks it’s important to show her children how much she has “grown.”

“I will never lie to my daughters, and I think it will give me ammunition to say, ‘This is why I am this way’. I have come full circle to say being classy, treating people with kindness, trying to embrace who we really are and grow every single day, those are the life lessons I’ve really come to value,” she said.

Barrymore – who has her daughters with ex-husband Will Kopelman – also said she doesn’t have any advice for her younger self, because she knows she “wouldn’t have listened” back then.

NO REGRETS ON PAST ACTIONS

And what’s more, the Drew Barrymore Show host doesn’t regret any of her past actions, because they all lead her to where she is today.

“Well, first of all, she wouldn’t have listened to any advice I gave her. I’m really happy to have those free moments, so I would encourage her to be herself. I’ve been utterly me for better or for worse, so I would just say keep being you,” she said.

“I think I’m relieved that I haven’t stayed in the same place. I’ve grown a lot and I’ve worked really hard on myself. My 20 year old self, I’m like, ‘I totally embrace you,’ and my 46 year old self is who I want to be right now. I don’t have one regret. I’ve just loved every minute that led me to this point.”

A post shared by The Drew Barrymore Show (@thedrewbarrymoreshow)