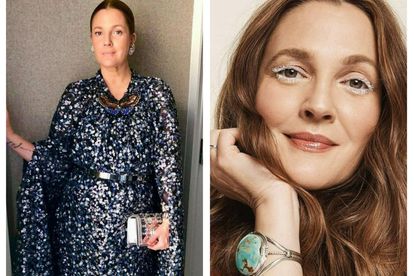 Actress Drew Barrymore says having sex is not a priority for her right now. Images via Instagram: @drewbarrymore

Actress Drew Barrymore says having sex is not a priority for her right now. Images via Instagram: @drewbarrymore

Actress and talk show host Drew Barrymore has opened up in a new blog post about why she has not had time for an intimate relationship.

She says this was prompted by a comment made by a fan she bumped into at a workout class that said she “hates sex”.

“The other day I walked into a workout class and this woman said ‘you look just like Drew Barrymore except for you look like you have mental wellness and besides …she hates sex!’ I did not know what this woman was talking about.”

INTIMACY ACCORDING TO DREW BARRYMORE

The 47-year-old mother of two says she became a single mother in 2016 when she divorced Will Kopelman.

Since then, she has not had the time for an intimate relationship. According to her, she has been working on herself and learning what parenting is. This is something she says she was not clear on when she was growing up.

“I’m…raising two daughters, so how we raise girls to be appropriate and empowered and to love themselves and to realise that we live in an age where the images and messages that they will see will also contradict what I have come to believe intimacy is!”

Drew explains that intimacy for her is something that makes one feel good about themselves.

“I also talk about and have learned when something doesn’t make you feel good or it makes you feel bad about yourself, pay as much attention to that as what makes you feel great because there’s a lesson in there,” The 50 First Dates actor wrote.

The Never Been Kissed star said she now has different feeling about intimacy than when she was growing up.

“I did not have role model parents and I engaged with people in grown up ways since a tender age!  I was looking for companionship! validation! excitement! pleasure! hedonism! fun! And adventures!! Now, because I can’t get in the time machine and change my history.

Drew says after separating from her husband, she has become cautious and she knows that love does not include a man.

I’ve come to realize through working in therapy (with Barry), he said something and I had to write it down. He said, ‘sex is not love! It is the expression of love.” I have searched my whole life to have words like that to help me understand the difference and now, thanks to him, I do”.

The Drew Barrymore Show host says she is open to being in a relationship perhaps in the future but it is not a priority right now.