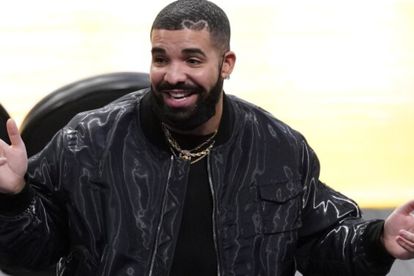 Canadian rapper Drake has denied a report that claimed he used his private jet for a 14-minute flight in Canada. The Grammy-winning rapper responded to the rumours, claiming that the jet was being moved and added there were no passengers on board.

This comes after social media users criticised model and businesswoman Kylie Jenner for using her private jet for a 10-minute flight.

DID DRAKE USE HIS PRIVATE JET FOR A SHORT FLIGHT?

According to a Twitter account that tracks celebrities’ private jets, @CelebJets, Drake’s $200 million (R3.3 billion) jet landed in Ontario, Canada and was in the air for approximately 14 minutes.

The Twitter account, run by Jack Sweeney, reported that the plane used more than 1 522 litres of fuel and emitted four tons of CO2 emissions during the short flight.

Twitter users lambasted the Massive hitmaker for allegedly using the plane for such a short flight.

“But yeah, poor people should be recycling to save the planet,” wrote one Twitter user.

Drake’s alleged 14-minute flight was reported by Real Toronto Newz, which promoted a response from the award-winning rapper. Taking to the Instagram comments, Drake claimed that the no was in the plane and it was being moved.

“This is just them moving planes to whatever airport they are being stored at for anyone who was interested in the logistics…nobody takes that flight,” wrote Drake.

The comment received more than three thousand likes with many praising Drake for his response.

On 19 July, The Daily Mail reported that Kylie Jenner used her $70 million (R1.1 billion) private jet for a 10-minute flight, a trip that would’ve taken 26 minutes by car.

The publication further reports that Jenner has used her private jet for several short flights, one being a 17-minute trip from Camarillo, California to Van Nuys in Los Angeles.