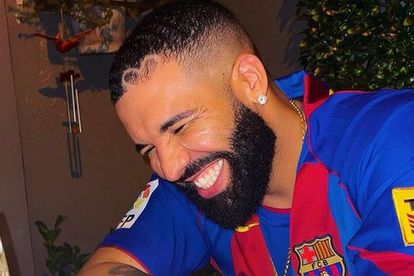 Drake and his new album Certified Lover Boy have been a trending topic all weekend since it’s release on Friday.

The long awaited follow-up even broke Spotify’s record for the most album streams in one day. And it seems Drizzy fans just can’t get enough.

However the album has come into disrepute after it was revealed that it sampled music from singer R Kelly, who is currently on trial for sex-trafficking charges.

R Kelly’s 1998 track Half On Baby is sampled in TSU, the eight track on Certified Lover Boy.

The disgraced music mogul is also given a writing credit on the album, of which he will reportedly receive royalties from.

The shock announcement received mixed reactions from fans; but whilst many defended their idol, it was overwhelmingly clear that Drake had crossed the line.

Many tweeps even called on Drake – who has a tattoo of late singer Aaliyah; the teen bride of R. Kelly’s – to be cancelled completely!

Entertainment writer and activist Ernest Owens tweeted: “R. Kelly, while currently on trial for sexual abuse of countless Black women and girls, is going to be making money off the most anticipated album of the year thanks to Drake giving him a songwriting credit on #CertifiedLoverBoy”.

The award-winning journalist clapped back at tweeps who defended Drake’s actions – or lack of it.

He added: “A lot y’all love to boast how your favor artists are creative “geniuses” and then the moment you see them do dumb shit like this, they you try to act like it’s outta of their control. Drake didn’t have to sample R. Kelly on a track that fetishizes young Black girls at HBCUs.”

Last month, Kanye West also received flack for collaborating with Marilyn Manson – who has been accused of sexually abusing and assaulting at least 15 women – on his album Donda.

Da Baby – who went viral over his homophobic rant in July – also unofficially features on the controversial album.

DRAKE UNDER FIRE OVER ‘INAPPROPRIATE RELATIONSHIPS‘

And it’s not just R Kelly who is accused of inappropriate behaviour to underage women – Drake himself has a long history of questionable relations with young girls.

The Canadian hitmaker has come under fire for his relationship with child actress – Millie Bobby Brown, after the Stranger Things star revealed that they “text often”.

And Millie is not Drake’s only teen friend. Billie Eilish revealed in 2019 – when she was 17 years old – that she too often texted the older artist.

And he’s also been rumoured to have dated a 21-year-old Kylie Jenner, whom he called a “side piece” in an unreleased track with rapper Future.