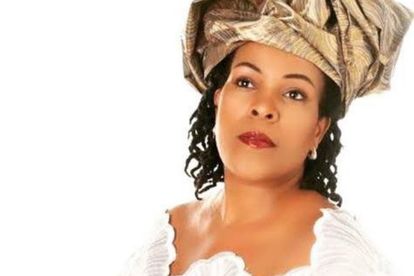 Celebrities such as Dr Rebecca Malope, Nomcebo Zikode, and Winnie Khumalo have taken to social media to mourn the legendary gospel singer who passed away on Sunday 15 May after a short illness.

Her fans also paid tribute to the singer on social media after her family confirmed her passing in a statement:

“It is with deep sadness to inform you of the passing of our beloved mother, sister, aunt and friend, and Gospel musician, Deborah Fraser following a short illness. She passed on today (Sunday) after midday, in the presence of her family and friends.”

The late gospel singer Dr Deborah Fraser’s daughter-in-law Nomcebo Zikode, singers Winnie Khumalo, and Dr Rebecca Malope were some of the stars who paid their last respect to the legendary gospel singer who died last Sunday.

The star was hospitalised from February until March in 2021 according to Drum Magazine and was recently wheelchair-bound after some health complications according to Daily Sun.

Fraser asked for prayers in her last interview with the People’s Paper after falling ill on her way to a gig at Klerksdorp in the North West.

Jerusalema singer Nomcebo Zikode took to her Instagram and shared a picture of herself and the veteran singer who was her mother-in-law.

Legendary gospel singer Dr. Rebecca Malope posted an old video of herself and Fraser sharing a stage and said:

“Her music was soothing and comforting. The industry has lost an icon and one of the greatest talents we have produced.”

“I could not believe it, such a young and gifted woman of God. I knew she had had sugar diabetes. My mother also suffered from the illness, and I know it is a difficult illness to live with,” she says.

Songstress Winnie Khumalo shared a stage with Fraser in 2009 when they were campaigning together for ANC.

“We travelled across the country and performed everywhere together. I had known of Deborah Fraser as a backing vocalist, and I heard she was part of the group Hot Soul Singers. I used to listen to them when I just joined the industry at 15 years old.”