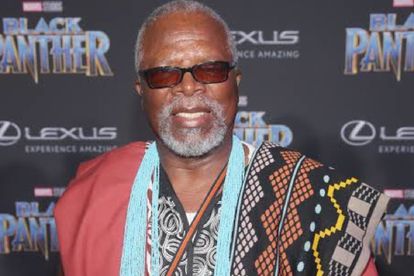 Initially, the ceremony was due to take place in 2020, but due to lockdown rules and regulations as a result of the coronavirus pandemic, it did not happen.

In the special moment, which was posted by Wits University on Instagram, Kani – who plays T’Chaka in the award-winning Marvel film Black Panther – confidently walks onto the stage, poses in front of the camera and then does the Wakanda salute before walking off.

In the video, the audience can be heard laughing as the 78-year-old Lion King actor does the iconic salute.

“#WitsGrads: Legendary artist and activist, Dr John Kani, today had his chance to ceremoniously walk the graduations stage to be capped for his honorary Doctor of Literature degree awarded to him in 2020 during the Covid-19 pandemic,” the university captioned the video.

HISTORY OF THE ‘WAKANDA FOREVER’ SALUTE

The Wakanda salute or sign first stood out in the 2018 blockbuster film Black Panther. Fans of the film truly accepted it as it symbolised black pride.

In the film, when T’Challa (played by the late Chadwick Boseman) is buried and travels to the Ancestral Plane to speak to his father, T’Chaka (Dr Kani), he awakens in the plane with his arms across his chest. This is how the Wakanda Forever salute was born.

According to Business Insider in an article published in 2018, Ryan Coogler who is the director of the film said the salute was crafted by taking inspiration from the way Pharaohs are laid to rest as well as from West African sculptures. He further highlights that it also means “hug” in American Sign Language (ASL).