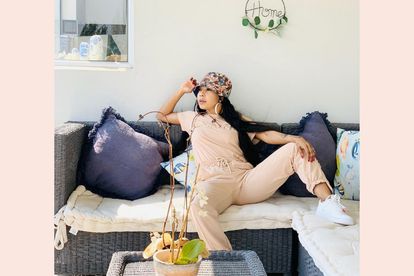 South African singer Kelly Khumalo sounded a stern warming to her haters via a video posted to Instagram on Tuesday 14 September, after she felt disrespected on social media.

The Empini hitmaker took to Instagram in her infamous Russian accent to let her 2.2 million followers know that she will not be tolerating disrespect. This follows her recent announcement that men must give her money.

Kelly Khuamlo explained that she posted something on Tuesday morning that she liked but she had people “fly in” with their unwanted opinions.

“This morning I posting something I really like but I having flies. A lot of them. Flying in and voicing their opinion. I like what I like. I feel what I feel,” said Kelly Khumalo.

She went on to say that disrespectful people can unfollow her.

“So if you’re going to disagree with disrespect, I suggest you don’t follow me or you don’t talk to me, okay? And if you’re having problem it is very simple, jump in the f****** ocean or just giving me phonecall and dropping me location so we can sort this thing out,” she added.

Kelly Khumalo did not specify which post received backlash. However, she posted four times on 14 September. Of the four, one was a picture of Rihanna, another was about her botox experience, a picture of herself and the response video.

Therefore, it could be her followers’ reactions to her botox post that stirred the pot. Here is a look at the post.

“That confidence after Botox,Dermaplane and Glycolic treatment not to mention the surprise gift pack 😍thank you @revivebody_sa and Dr Keisha Naidoo #konkekuhambakahle🐆,” wrote Khumalo on Instagram.

Although fans and followers in the comments section were mostly supportive of Kelly, some were a little less supportive. An Instagrammer compared the singer taking injections on her face to the vaccine.

“If Kelly can have so much injections on her face, let’s get vaccinated mzansi🤧,” wrote @lovettesibiya.

However, there may be a bigger reason behind Kelly Khumalo’s anger.