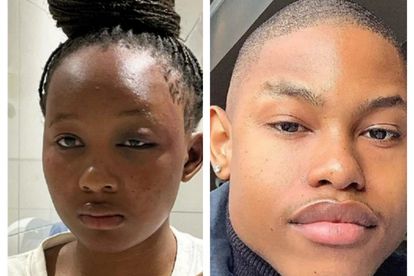 Donell Mbele’s ex-girlfriend Reokeditswe (Reo) Makete has been allegedly checked into a mental wellness centre by her family for depression and anxiety.

According to Zimoja, a close family friend confirmed that Reo is being well looked after by clinical psychologists, “a lot is happening in her life, and this is just the tip of the iceberg”.

ALSO READ: ‘She bit him on the lip’: Donell Mbele’s ‘girlfriend’ speaks out

REO’S MOM ALLEGEDLY SCARED OF HER

The publication says the friend says Reo told them that she recently found out things about her family that were affecting her mental health.

“She is very snappy, especially when she can’t get what she wants. Even her mother seems to be scared of her when she is on one of her episodes,” the friend explained.

Donell recently appeared in court for charges of physical assault to his now ex-girlfriend, Reo. Accompanied by his legal team, a fearful Donell looked drained in front of the magistrate who postponed the case to February 2023 – as per Zimoja.

Pictures of Donell with injuries on his lips and face have since come to the fore with claims that Reo attacked him first amidst a fit of rage in one of their many fights during their “toxic relationship.”

Responding to a comment under her images on Instagram about whether she was okay, Reokeditswe said, “not really but fake it till you make it right 😊”

Some of her friends took to her comments section and sent strength her way.

@_its.leilaaa.aaaa said, “stay strong mama , remember something . ‘God only puts his strongest soldiers through the toughest of battles’ . you got this love. stay beautiful ❤️”

@ianrichiee said, “We all equally go through violence in as much as we are from different society setups..As a gentleman..I was from a very toxic relationship where I came to realise that I was extremely being manipulated physically, mentally, emotionally and psychologically all in the name of being “so in love” with my partner.

“ALL I can say is that, nobody should remain in a toxic relationship, as the toxic partners knows exactly what they are doing hurting you intentionally. Let’s normalize leaving toxic relationships to find our peace. It’s time we find joy in being ourselves and showcasing the realest part of us by being bold : SAYING NO when it’s time to say no… We live in a world full of charm , happiness and adventure and we deserve better. Happiness is not out there, it’s in you.🤍🤎🍫💕,” concluded @ianrichiee.