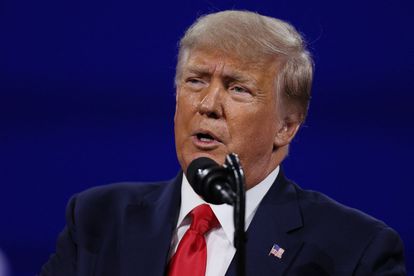 Donald Trump may have lost the US presidency, but he still has some plans in the works. Image: Joe Raedle/Getty Images via AFP

Donald Trump may have lost the US presidency, but he still has some plans in the works. Image: Joe Raedle/Getty Images via AFP

A former advisor of Donald Trump has said that the former US president has been quietly working on his return to social media since vacating the White House.

“I do think that we’re going to see president Trump returning to social media in probably about two or three months,” Jason Miller told Fox News on Sunday.

“It’s going to completely redefine the game, and everybody is going to be waiting and watching to see what exactly president Trump does, but it will be his own platform,” said Miller, who held senior posts in both of Trump’s presidential campaigns.

His provocative use of social media was a defining feature of Donald Trump’s presidency. He drew 88 million followers to Twitter, and often used tweets to slam his critics or to announce personnel changes or significant policy shifts.

But Twitter permanently suspended his @realDonaldTrump account after he used it to encourage people to take part in the rally that turned into the violent storming of the US Capitol on January 6. Donald Trump was also banned, temporarily or permanently, by other major platforms including Facebook, Instagram, YouTube and Snapchat.

Since leaving Washington and returning to his Mar-a-Lago resort home in Florida, the former president has kept a relatively low profile, largely relegated to issuing occasional news releases. But Miller said Trump had been hard at work.

‘The new platform is going to be big’

“There’s been a lot of high-power meetings he’s been having at Mar-a-Lago with some teams of folks who’ve been coming in,” Miller said of Donald Trump’s plans. “There have been numerous companies.”

Miller provided no other details, nor did he say if he would be personally involved in Trump’s plans for a new platform.

Despite Donald Trump’s defeat in November by Democrat Joe Biden, he remains influential in the Republican Party and has not ruled out a third run for president in 2024.

ALSO READ: No other plans? Why Donald Trump should move to South Africa