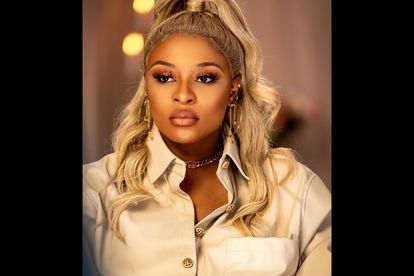 South African DJ and businesswoman Ntombezinhle Jiyane, popularly known as DJ Zinhle, opened up about being a successful businesswoman.

DJ Zinhle has several sources of income to secure the bag,

The Hair Majesty owner says that she is dedicated and she works hard so she can beone step ahead. That way she is able to do more.

“I’ve always been super dedicated to whatever it is I’m doing so I would say hard work. I’ve also always remained teachable to learn as much as I can so I can be one step ahead. If you know more, you can do more,” she said to Tshisa LIVE.

ALSO READ: ‘So idiotic’: DJ Zinhle claps back after being trolled for two ‘baby daddies’

ZINHLE: ‘KAIRO AND ASANTE FUEL ME’

DJ Zinhle says her two daughters Kairo and Asante fuel her. The businesswoman has six-year-old Kairo with rapper Kiernan Jarryd Forbes, popularly known as AKA. She welcomed Asante Mohosana with musician Murdah Bongz in September 2021.

“Definitely my beautiful babies, Kairo and Asante, fuel me. On a personal level, I guess j proving to myself that I am able to build and grow. Business and entrepreneurship are quite scary  but I find so much joy in building my brands on a day to day basis so we can achieve that five to 10 year goal,” she continued.

What would the Indlovu hitmaker want her legacy to be?

“A powerful strong, successful businesswoman and mother who was able to break the stigma that women can’t do it all,” she told the publication.

ALSO READ: ‘I’m 100 years old so two will do’: DJ Zinhle is done having babies