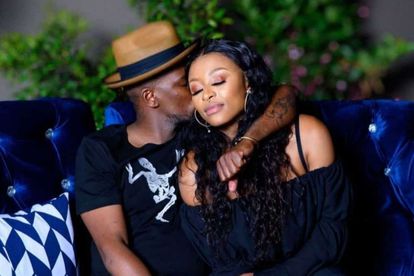 ONLY THE BEST FOR BABY BONGZ

Murdah Bongz posted a black and white image of his baby’s room with the caption “Cheers 2 Life”.

The room — no doubt put together by DJ Zinhle who also has an interior design and furniture business — features a round wooden crib, a changing station and several plush animal stuffed toys.

There are also classy subtle touches to the room, including a giant Aztec print rug, a giant daybed and luxury lighting.

Meanwhile DJ Zinhle has given an insight into her second pregnancy, including the hilarious side-effects her baby daddy has experienced!

She told TshisaLive: “The one thing to note about Bongani in the pregnancy is that he’s gone through all the phases that anyone could go through in pregnancy. He had morning sickness, he’s been sleeping a lot, his back has been killing him.

“I experienced those things a little bit but he was the one throwing up and all of that.”

And the muso claims that viewers will be able to get to know her and experience her pregnancy in the reality show.

“I’ve never wanted to do a reality TV show however this time around, I wanted my pregnancy to be different, and I wanted to enjoy it with those who I love closely but still have the opportunity to share the experience with my fans later.

“I’m super excited to share my experience now and partnering with BET Africa has allowed me some control in my narrative. It gives everyone a closer look into who I am, as a businesswoman, mom and public figure, which I think my fans are going to appreciate.”