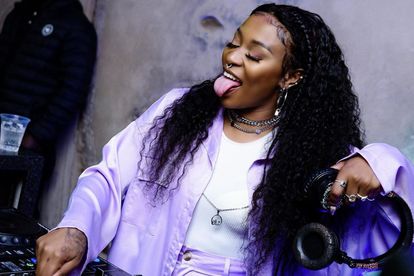 DJ Zinhle has defended her decision to wish her ex, AKA a happy Father’s Day.
Image via Twitter
@djzinhle

DJ Zinhle has defended her decision to wish her ex, AKA a happy Father’s Day.
Image via Twitter
@djzinhle

DJ Zinhle has clapped back at fans who criticised her for posting a Father’s Day message to her ex: rapper AKA.

Despite now dating other musos in the entertainment industry, Zinhle and AKA remain on good terms for the sake of their six-year-old daughter Kairo Forbes.

But fans have accused the former couple of ‘disrespecting’ their current partners, Murdah Bongz and Nadia Nakai, over their social media posts

But it was the DJ’s post to her ex-boyfriend and baby daddy AKA via her Instagram Stories and in a Twitter post – that had fans shaking their heads. This, despite AKA, wishing ZInhle a happy Mother’s Day last month – in a move he credited to “maturity”.

On Twitter, tweeps called out DJ Zinhle for “embarrassing” her partner

@BafanaSurprise: I can’t believe DJ Zinhle as a grown as she is, didn’t see anything wrong with posting pictures of her baby daddy like that! She is in a relationship now for heaven’s sake! Even if her Black Motion Boyfriend can seem not to have a problem, we all that’s just a lie!

@SimplyCallmeDee: “Only a weak partner will be comfortable with this. The daughter should post her dad, not you. It’s Father’s day, AKA is not Zinhle’s father

@ChrisExcel102: “Y’all can say whatever you want but I’m judging DJ Zinhle.  She has Mega’s number she should’ve SMSed the Father’s Day wish. Posting him on all social media platforms ukwenza Bongz umdidi straight [to embarrass Bongz]!”

CLAP BACK AT CRITICS

But just as AKA defended his actions on Mother’s Day, DJ Zinhle clapped back at her critics.

She tweeted: “May you remember your own advice when you face the same difficulties/situation that you judge others on”.

But many followers were not buying Zinhle’s message.

@Sphelel43782020: “We are not judging, just thought you’d be a little considerate towards your current partner. He didn’t post his baby mama on Mother’s Day out of respect for you. As his current partner it’s your duty to protect him from all the shame he is now subjected to!”

@Thembimatipira1: “We are not judging, that man you used to call daddy doesn’t deserve your attention. You could have sent isms to his phone, remember he is not your dad but Kairo’s. Consider Bongs feelings”