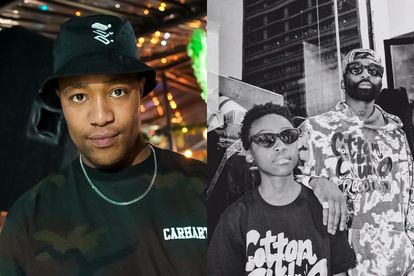 In the video, a distressed DJ Speedsta says: “Look what you guys did to him”.

Riky Rick was one entertainer who poured into other entertainers’ cups. He introduced the world to Uncle Vinny when he was still a young boy. Over the years, the two grew a close relationship. Riky Rick also had a bond with Uncle Waffles.

“All of you guys are pieces of sh*t, this is real stuff dude.”

After the video hit Twitter, tweeps were quite concerned about Speedsta’s remarks towards the young entertainers. Many questioned why the hip-hop DJ would say hurtful things about Uncle Vinny and Uncle Waffles following Riky Rick’s death.

“They are just kids and he’s traumatising them… Speedsta needs to grow tf up,” wrote one tweep.

Another tweep wrote: “Heish guys maybe Speedsta needs our help, let’s not bash but uplift him. We praying for you dawg.”