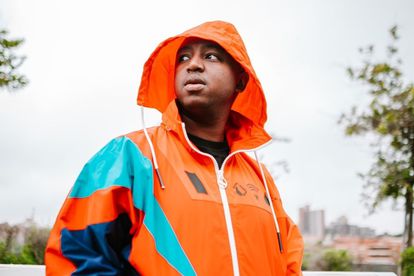 DJ Shimza has been accused of faking UK fandom. Image via Twitter @mmkubayi

DJ Shimza has been accused of faking UK fandom. Image via Twitter @mmkubayi

South African musician DJ Shimza can’t seem to catch a break on the Twitterverse. When he isn’t getting dragged for asking people to do work for free, he is being accused of faking a fan moment in the UK to make it seem like he has fans across the world who love his work.

He has also been compared to Black Coffee who recently shared a clip of a Barcelona fan who got his face tattooed on his arm.

DJ Shimza accused of faking his fan base

It’s really hard being a celebrity in South Africa because South Africans seemingly have a flair for poking fun at almost everything and calling everyone out if they suspect anything weird or “offish”.

DJ Shimza has learned this the hard way after he shared a clip of himself being greeted by a fan in the UK.

“I can’t believe that this guy noticed me from across the street in London,” the clip was captioned.

While to many, the clip appeared to be normal, others have decided that it looks quite staged – especially since the supposed fan looks as if he was caught off guard by Shimza and his cameras.

Mzansi quickly calls him out

The clip was scrutinised by many people who weren’t buying any of it. Many of them accused the DJ of faking importance and using an unsuspecting UK man to do so.