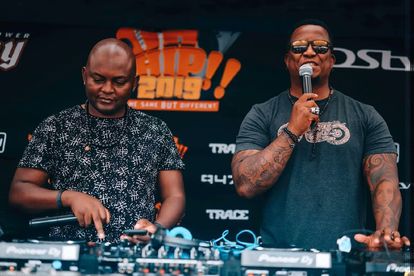 According to an article by City Press on Sunday 29 March, the National Prosecuting Authority (NPA) did not say why the case has been abandoned once again. However, the alleged victim claims there was foul play to paint her in a negative light.

The publication reported that the case was dropped last week “as the office of the director of public prosecutions returned the docket to the police and declined to prosecute.”

This comes after it was confirmed to City Press in February this year by the woman’s legal representative, Brenda Madumise-Pajibo, that the police had reopened the case.

However, according to NPA spokesperson Lumka Mahanjana, the case had been withdrawn last week, saying: “The matter remains closed….. it was never enrolled.”

ALLEGED VICTIM REACTS TO THE NEWS

Upon seeing the City Press article on Twitter, the woman in question responded, saying the case being dropped is exactly what she had anticipated.

She claimed a Botswana national who posed as her Private Investigator (PI) was handed her docket by the police and the said PI wrote lies about her while painting DJ Fresh and Euphonik as saints.

“Exactly as I had anticipated. I said this would be the outcome. If you send back the same docket that was declined and not correct or remove the lies written by the unknown PI from Botswana, Thabang Kotsedi, what do you expect?? Yes I’ve named him.

“Thabang Kotsedi, a Botswana national & crook, walked into the police station, lied & said I hired him as a PI. The police gave him my entire docket & he was Head Investigator. He wrote LIES about me & painted them as amazing. I didn’t hire Thabang, we all know who did…”

In addition, she retweeted a tweet she had written in April this year about the NPA handing over her docket to an investigative officer who she claimed will also not gather evidence.

In January last year, the alleged victim accused DJ Fresh and Euphonik of having drugged and raped her after a night out more than 10 years ago.

The Pretorian woman challenged the former 947 DJs to accept responsibility for her ordeal and named and shamed the pair on Twitter in a series of tweets.

She then opened a case of sexual assault at the Sunnyside Police Station in Pretoria against the popular DJs.

In September last year, SowetanLIVE reported that the case against DJ Fresh and Euphonik had been dropped due to insufficient evidence.

“The NPA can confirm a decision not to institute prosecution based on charges of criminal deformation was taken. The NPA is of the view there are no prospects of a successful criminal prosecution,” Mahanjana had said.