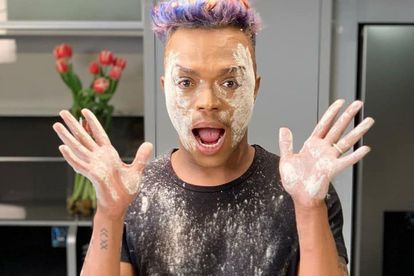 One tweep claimed that she returned her copy of Somizi’s cookbook after one receipt did not sit well with her. Image via Twitter @ViralFeedZA

One tweep claimed that she returned her copy of Somizi’s cookbook after one receipt did not sit well with her. Image via Twitter @ViralFeedZA

Somizi Mhlongo’s cookbook, Dinner at Somizi’s: I Am Not A Chef, inspired by his family’s cooking, was the highest-selling book in the food and drink category towards the end of 2020.

Although Somizi’s cookbook has done exceptionally well, a tweep who purchased it claims she returned it for a full refund seeing his tripe and blue cheese recipe.

‘DINNER AT SOMIZI’S: I AM NOT A CHEF’ SUCCESS

Somizi’s cookbook, Dinner At Somizi’s: I Am Not A Chef is inspired by the food he ate as a young boy. The recipes also celebrates proudly South African food. The book was officially launched in November 2020 and was the highest-selling book in the food and drink category between November 2020 and January 2021.

The book was also nominated in the Celebrity Chef World category at the International Gourmand Awards 2022.

Some notable recipes in the cookbook include multi-coloured dombolo, pork belly roast, kota canapes and pap and ox liver.

One tweep took to Twitter on Friday 7 January to share that they had purchased Somizi’s cookbook but returned it for a full refund after seeing one recipe that did not suit her palette.

“He had a mogodu and blue cheese recipe, I knew it wasn’t for me please,” wrote the tweep.

She also mentioned that she was aware Somizi was not a chef but an avid foodie.

Some tweeps began questioning Somgaga’s recipes while reminiscing on his cooking show. One tweep wrote: “Making a seafood kota for uRebecca was the first red flag. Then I read the recipes and saw that mogodu one that was it.”

“When he took onion rings (whatever it was) and put them on his wrists like bangles I knew I seen enough.”

“It just reminded me that SomSom once made pastry with yeast.”