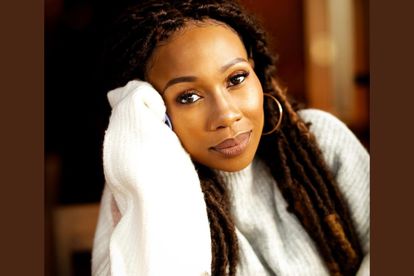 Dineo Ranaka is well known around South Africa. The media personality has secured a name for herself as a reality TV star, DJ, and radio presenter. What she is also very well known for are her fierce personality and sharp tongue. Last year she went viral after revealing that she was married for a very short period.

This year, she has shared a little insight into what brought the short-lived marriage to an abrupt ending.

Last year, Dineo Ranaka trended because she was filmed basically yelling at her then-boyfriend, Sechaba Thole who in the video, appears to be stunned into silence.

After the clip of the rant went viral, Dineo’s personality was questioned by thousands of local Twitter users who also shared their opinions on the fact that she was married for less than a year.

While many blamed her character for the marriage, Dineo seemingly has another story to tell.

ALSO READ: ‘Single by choice’: Dineo on her relationship status after Sechaba saga

“Toxic people condition you to believe that the problem isn’t the abuse itself but instead, your reaction to the abuse.” Below that post she wrote:

“My marriage was made up of this and I said…Goodbye manipulation.”

While some sympathised with Dineo, others found it quite hard to believe that she wasn’t the reason her marriage ended. Read some of their comments about her Instagram post below:

“Dineo bullies her own family… Which man can stand a hooligan.”

“This statement is very deep and true for some others. Our level of tolerance is not the same. Some call hiding the remote toxic, some say not cooking for ur man is toxic. The reaction says a lot too if u look at it from an angle. Either u build, or u dig a deeper ‘toxic’ environment.”