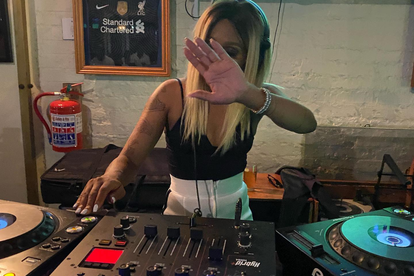 Dineo Ranaka says she is not taking a husband anytime soon. Image via Twitter: @dineoranaka

Dineo Ranaka says she is not taking a husband anytime soon. Image via Twitter: @dineoranaka

According to her, she is happy with her life as it is and doesn’t need a husband – despite what some of her followers think.

Kaya FM’s newest and probably most controversial employee Dineo Ranaka once again opened up about her relationship status and ideas on marriage.

According to the DJ and reality TV star, she is just not interested in having a husband anytime soon.

“The moments in my life (especially good moments) will never and I mean never ever need a ‘my husband’,” she wrote.

After seeing the post which was shared on her Instagram, she received a response from a woman who tried to change her mind about marriage.

She quickly clapped back at the woman by saying:

“Earlier today I put up a post about not foreseeing ever having the need for a husband in my life and it got one particular lady touched, where she is now questioning my happiness and my healing and health because I’m putting too much emphasis on my happiness.

“If you’ve done the work on your happiness, please put emphasis on it because some of us leave to heal, the leaving was actually the healing. We’d be broken if we were still inside it. We’ve left it and now we’re feeling a bit better about it and I don’t think we’re all designed to want the same things.

“We’re not recruiting each other, normalise being honest about your feelings. The world that I’m trying to build for myself has no desire to make room for a husband and that is OK.”