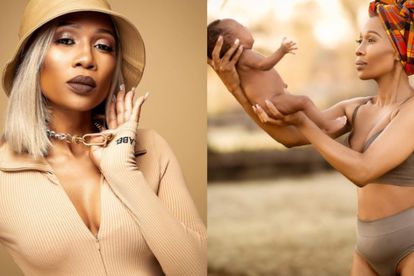 Dineo Ranaka opens up about her blended family. Images via Instagram @dineoranaka.

Dineo Ranaka opens up about her blended family. Images via Instagram @dineoranaka.

Dineo Ranaka praised her first two “baby daddies” via an Instagram post on Sunday 21 August where she opened up about her blended family. The radio personality has three children, she had her first child with rapper Blacklez. Her second “baby daddy” seems to be unknown.

“I love my first two baby daddies so much. Such peaceful gents those ones. I’m blessed in variety of good male character traits there,” she wrote.

She opened up about her “baby daddy” in the caption of the post.

IS THE RADIO PERSONALITY THROWING SHADE AT HER THIRD ‘BABY DADDY’

Dineo shocked Mzansi when she revealed that she got married to Klaas Pesha in January 2021. She then shocked Mzansi again when she announced the arrival of her child, which is believed to be fathered by Pesha.

However, she also revealed that she was divorced while she was ranting to her rumoured fling Sechaba Thole.

“F****** getting excited that I got a small little crush on you. I was going through a divorce. I divorced him in less than a year. You come in to my life, three months and you think I’m waiting for your f****** calls? F*** you! I got rid of a n**** in marriage in less than a year because I know what the f*** I want and what I stand for,” she said in the rant.

She also claimed that Pesha cheated on her, but she said that was not the reason she left the marriage – on an episode of Podcast And Chill on 31 March. Dineo claimed that she wanted to cheat back when her caesarean scars healed.

However, she said that she left the marriage because of the alleged abuse. The pair do not appear to have a good relationship since the divorce.