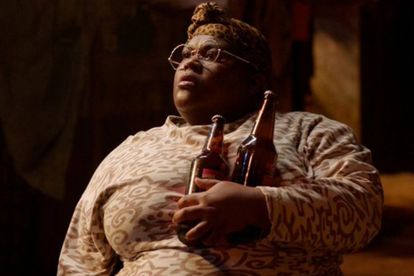 Actress Lebohang Mpyana who plays the role of gossipmonger Khelina in Mzansi Magic’s telenovela DiepCity says she’s excited to be nominated for the Outstanding Best Newcomer Award in the Royalty Soapie Awards.

Mpyana who usually researches her characters when she gets the scripts told Daily Sun that she found it easy to get into Khelina’s role because she had a Khelina at home.

“She’s very loud and into other people’s business, bubbly, so when I got this role, I just imagined how she’d react to a particular situation.”

The actress says the only thing she has in common with Khelina is that they’re both hustlers as she’s more reseverd.

She also states that she is generally a people person but doesn’t interfere in their business.

“Khelina has a life of her own.”

DiepCity is Mpyana’s big break though she’s been in the entertainment industry for 19 years.

She spent a lot of time doing theatre because it sharpened her acting skills and she’s grateful for the experience.

She’s also been getting support from fans across the country and from Thandi Moroka who is an MEC in her home province (Limpopo).

“I’ve also seen people across the country supporting my craft.”

“This is humbling and means my hard work is being recognised.”

Winners will be announced on 18 September and viewers will be able to watch the red carpet and awards ceremony on 2 October at 20:00 on SABC1 (DStv 191).

The public can vote from 1 September to 14 September and voting lines close at 18:00.

Also read:Royalty Soapie Awards: Have a look at all the nominees