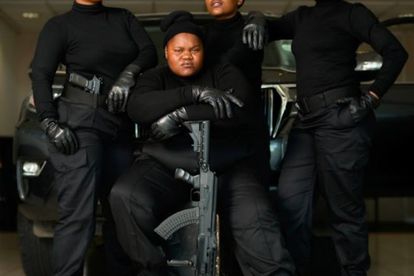 ‘Diep City’ actress Nozuko Ncayiyane has penned a moving tribute to her industry friends and co-stars on her 30th birthday. Image via Twitter @DiepCityMzansi

‘Diep City’ actress Nozuko Ncayiyane has penned a moving tribute to her industry friends and co-stars on her 30th birthday. Image via Twitter @DiepCityMzansi

Diep City actress Nozuko Ncayiyane has celebrated the ‘big 30’ with former co-stars and friends, sharing a heartfelt birthday message. The thespian has posted photos of her recent birthday party on Instagram where she was joined by friends, some of whom are Diep City co-stars.

Nozuko also thanks her bestie, actress Natasha Tahane, and others who supported her journey to stardom on the Mzansi Magic production in a lengthy Instagram caption. Nozuko’s birthday was on 12 October 2022, but she appears to have celebrated it over the last weekend.

A TRIBUTE TO DIEP CITY CO-STARS AND INDUSTRY FRIENDS

While she was initially fearful of reaching the age milestone, Nozuko notes that actress Kgaogelo Monama reminded her that the fear would disappear once the day arrived.

In August, DStv announced the show would come to an end with its second season. Nozuko and the rest of the Diep City cast will grace the silver screen for the last time on Friday 3 March 2023.

“I’ve been learning how to be bold, how to intentionally apply myself to what I create as well as experience. I’m so blessed”, she writes.

To her BFF, Natasha she says ” Oooh (sic) what a star!What a Godly being.My heart smiles at you. You are the girl you think you are. I love it.
I love growing with you.” She goes on to encourage actress Nompumelelo Vilakazi to embrace her uniqueness. ” Your story is special. That’s where your money is. Embrace it.” She also had sweet words for actresses, Zikhona Bali, Nomvelo Makhanya and Khanyisile Zwane.

Nozuko also speaks of her growth accepting imperfections and taking full responsibility for her “fuck ups” in the post. In August 2021, the actress opened up about her struggles with mental illness, revealing she had attempted suicide three times.

“My birthday celebration was so special, we shared wisdom with each other.
I’m grateful for the sisterhood”