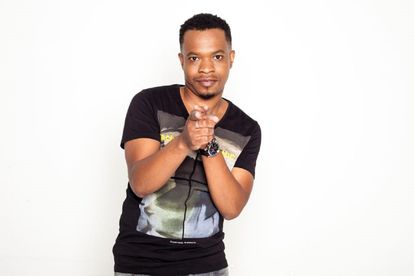 DJ Clock has asked his fans to help him pay off his debt.
Image via Facebook
DJ Clock

DJ Clock has asked his fans to help him pay off his debt.
Image via Facebook
DJ Clock

Not for the first time, a South African entertainer has landed eyeballs deep in debt, and has subsequently had to swallow their pride by publicly asking for financial assistance.

Weeks after Zahara revealed she was at risk of losing her house, fellow muso DJ Clock has also followed suit with a public appeal for cash.

And just like the Loliwe singer, the DJ has also defaulted on his home loan repayment.

ALSO READ: In debt? You are now screwed due to the new repo rate

Like Zahara, DJ Clock – real name Kholile Elvin Gumede – revealed his home was on the brink of repossession. This, after falling behind on his R4000 + monthly repayments due to mounting debt.

Speaking to Daily Sun, the DJ revealed that he had taken a hard knock after the Covid-19 pandemic left him without an income.

As a result, DJ Clock began to miss his monthly obligations, particular on his Roodepoort home, which he purchased in 2010. But DJ Clock has hope it can all be salvaged, like Zahara who managed to stop the foreclosure on her house with the aid of the public’s generous donations.

He said in his plea: “I would appreciate it if Daily Sun could help me with the money I owe, so I can pay Absa and other debt.

“Your help will be highly appreciated as Covid-19 hit us entertainers badlu”.

It’s not only Zahara and DJ Clock who revealed that they’re drowning in debt.

According to celebrity blogger Musa Khawula, singer Dr Malinga’s home was allegedly visited by the sheriff who repossessed his furniture and appliances.

The Sheriff visited Dr Malinga’s house and repossessed his furniture.

It is said his furniture and appliances are going on auction next week. pic.twitter.com/4he3g1M5Gm

Both the spouses of reality TV star and influencer Faith Nketsi and radio personality Lerato Kganyago – businessmen Nzuzo Njilo and Thami Dladla are allegedly in hundreds of thousands of rands of debt.