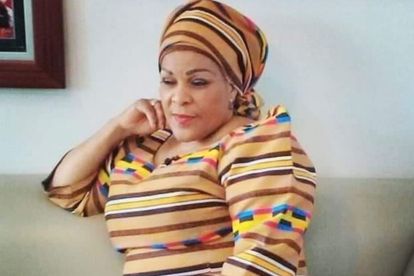 Deborah Fraser has not yet been buried after her gravesite was flooded by heavy rainfall, claims her family.
Image via Facebook
Deborah Fraser

Deborah Fraser has not yet been buried after her gravesite was flooded by heavy rainfall, claims her family.
Image via Facebook
Deborah Fraser

The body of gospel singer Deborah Fraser has been returned to the morgue as a result of “disastrous” weather following her funeral at the weekend.

According to the late star’s family, they were left with the “tough decision” of not laying her to rest following her star-studded funeral service in Durban on Saturday 21 May.

According to her Universal Music brand manager Ntombeningi Sithole, the family was heartbroken after not being able to bid farewell to Deborah Fraser at her final resting place.

She told Drum magazine: “I was hurt on behalf of the family; no one should ever be in a position to send the body back on the day of the funeral. A funeral is a process of grieving and they are not yet close because they still need to worry about arranging another funeral.

“You know when you already told yourself that you are going to lay someone to their resting place and something like this happens, it breaks your spirit.”

Sithole claims the decision was made after organisers discovered that the gravesite had been washed away due to heaving rainfall.

She added: “The weather was not good but we never thought it could flood the grave. We had the ceremony, and everything went well. When we got to Hillcrest cemetery it was a disaster, and the family had to come up with the decision of taking the body back to the mortuary”.

According to Sithole, the family has been forced to foot the bill for another funeral service. In addition, the expenses of keeping the body of Deborah Fraser at the morgue for an extended period.

But next time around, the ceremony will be “private”, restricted to a handful of family members.

Deborah Fraser’s funeral service took place at the Station Hall in Durban on Saturday. In addition, a memorial service was held for her last week Thursday at the House of Treasures in Rispark, Johannesburg.

According to music producer Chicco Twala, Deborah Fraser did not have medical aid. The singer died on 15 May at the Baragwanath public hospital in Soweto after a short illness.

Chicco claimed during the memorial service that the desperate star was left to pursue an alternative source of income. This, after being financially hit by the Covid-19 pandemic like many other artists in SA. He said: “I met Deborah Fraser at Southgate Mall last year. [I] was pained to discover that she had been selling eggs from the boot of her car. I never thought that somebody who has contributed so much to our industry could not get support from the government.”