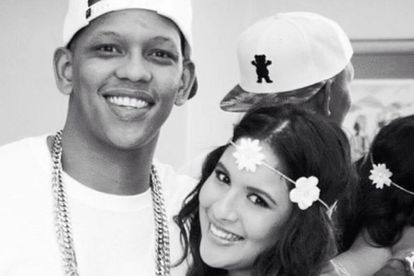 Da L.E.S and mother of his child Aurea ALexander. Image via Instagram @reathegreat

Da L.E.S and mother of his child Aurea ALexander. Image via Instagram @reathegreat

Leslie Jonathan Mampe, known by his stage name Da L.E.S, and the mother of his daughter, Aurea Alexander, responded to the AKA cheating claims made on Mac G’s Podcast and Chill on 17 May.

On a recent episode of the controversial podcast, Mac G and his co-hosts Sol Phenduka and The Ghost Lady read out an anonymous email from a Tembe family member that claims AKA had been cheating on his late fiancée Nelli Tembe with Da L.E.S baby mama Aurea.

The anonymous family member also stated that AKA allegedly offered Aurea R20 000 to keep mum on their affair.

Both Da L.E.S and Aura have responded to the cheating claims: Da L.E.S took a more direct approach with an official comment, whereas Aurea chose to fire back with a steamy picture of her and the hip-hop artist in the bath.

The anonymous e-mail claimed that AKA and Da L.E.S’s friendship went downhill after Nelli discovered text messages with a sexual undertone between AKA and Aurea. The Tippy Toes hitmaker did not confirm nor deny the claims, but instead said he chooses to focus on the future.

“In moments of tragedy, there are no winners. It is with a heavy heart, but I choose to focus on the future where my family and love is the baseline; I think we need a lot more of it to go around, as no one wins in conflict!” said Da L.E.S to IOL.

Aurea Alexander made it clear that she and the father of their seven-year-old daughter, Madison, are still going strong despite the cheating rumours that have surfaced. She posted an intimate picture of her and Da L.E.S in the bath on Instagram. It seems this baby mama wants no drama!

“Good morning, love and light to all,” she wrote on the picture.

Da L.E.S and Aurea seem to have launched a clothing brand for their daughter called Madison London Kids.