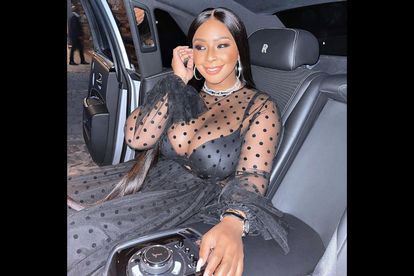 South African television personality and rapper Boitumelo “Boity” Thulo took to Twitter on Thursday 2 September to complain about the curfew the country is currently under.

‘THE CURFEW IS CHILDISH’

Many celebrities in the entertainment industry have previously complained about the lockdown restrictions putting a damper on their work. The Own Your Throne hitmaker is no different, she took to Twitter on Thursday 2 September to vent her frustrations about the curfew, which currently starts at 22:00 and ends at 4:00.

Over two tweets, the rapper called the lockdown “childish” and thereafter asked if it could be moved to 00:00.

ALSO READ: Could Boity be the next big amapiano star? Tweeps think so! [watch]

‘WE RESPECT THE LAW’

While some of the television personality’s fans agree with wanting the curfew times to be adjusted, other Tweeps did not feel the same way as they “respect the law” and thought her “soft life” problems are not the same as theirs because she is “rich”.

BOITY IS UNAPOLOGETIC ABOUT HER ‘SOFT LIFE’

The rapper expressed that she is meant for the soft life and knowing that she has stayed in the same hotel as Princess Diana and celebrities such as Brad Pitt, she is satisfied.

“Knowing that I’ve stayed in the same hotel as Gaga, Brad Pitt, Iman, Princess Diana reminds me that the soft life is my portion! It’s where I belong! That all,” wrote the rapper on Twitter.

She went on to ask her 3.4 million Twitter followers not to shame her for her soft life and “we all deserve it”.

She also added that “wealth loves her company” in the series of tweets.

A Tweep then responded to the tweet saying that helping people is more important than all the “soft life” things, to which she responded saying she does help people.

ALSO READ: Is Boity on baecation with Anton Jeftha? Tweeps are connecting the dots