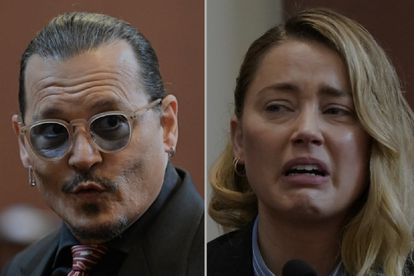 A juror has explained why Amber Heard lost to Johnny Depp in the defamation trial. Image via @mesa_insurance

A juror has explained why Amber Heard lost to Johnny Depp in the defamation trial. Image via @mesa_insurance

One of the jurors in the high-profile defamation trial between Johnny Depp and his ex-wife Amber Heard has revealed on Good Morning America, on Thursday 16 June, why Heard lost to Depp.

The six-week-long trial ended in a sweet victory for the 59-year-old actor who had been suing Heard for $50 million (R800 million) for implying he abused her in a 2018 Washington Post op-ed. However, during the trial, jurors didn’t believe Heard was sincere in her testimony.

The male juror, who did not want to be named, said that when Heard cried on the stand, he thought they were “crocodile tears.”

“It didn’t come across as believable. It seemed like she was able to flip the switch on her emotions. She would answer one question and she would be crying and two seconds later she would turn ice cold. It didn’t seem natural.”

Another reason behind the Aquaman actress’ loss, was her staring. Some of the jurors didn’t like how Heard looked directly at the jury while answering questions.

“All of us were very uncomfortable,” he explained.

According to him, Heard was given bad advice on how to act on the stand.

But, for Depp, the juror said, “he just seemed a little more real in terms of how he responded to questions. His emotional state was very stable throughout.”

HEARD WAS THE AGGRESSOR

The anonymous member of the jury, which consisted of five males and two females, went on to explain that most members believed Heard was the aggressor, also saying “they were both abusive to each other.”

“They had their husband-wife arguments. They were both yelling at each other. I don’t think that makes either of them right or wrong. That’s what you do when you get into an argument, I guess. But to rise to the level of what she was claiming, there wasn’t enough or any evidence that really supported what she was saying.”

When it came to Heard’s pictures, which she presented as evident of the alleged abuse, the juror said that they didn’t seem authentic.

“The defence claimed that she never goes outiside without makeup on, yet she goes to file the restraining order without makeup on. And it just so happens her publicist is with her. Those things add up and start to become hard to believe.”

During the trial, a digital forensics expert disputed the authenticity of Heard’s pictures. Bryan Neumeister had cast doubt on the severity of the injuries, saying the images had been edited. Neumeister had said there are “different versions” of the same photo and according to his findings, the photos were modified.