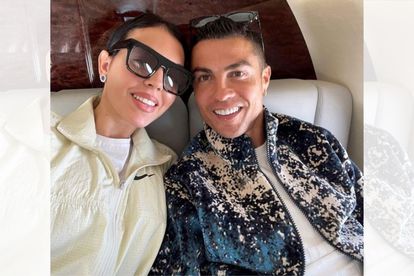 Cristiano Ronaldo has shared an adorable family photo of his children after his newborn daughter arrived home. Image: Instagram/Cristiano

Cristiano Ronaldo has shared an adorable family photo of his children after his newborn daughter arrived home. Image: Instagram/Cristiano

Cristiano Ronaldo and his partner Georgina Rodriguez recently revealed the genders of their unborn twins. In a heartwarming online video, the couple can be seen with their other children in their beautifully decorated home. The couple is now expecting a boy and a girl.

Cristiano Ronaldo and Georgina Rodriguez have an exciting gender reveal

Manchester United star Cristiano Ronaldo and his 27-year-old partner Georgina Rodriguez are expecting a boy and a girl. They shared the news on Thursday 16 December this week in a lavish social media post.

In a heartwarming clip, the pair are heard encouraging their other four children to pop the confetti balloons which revealed that a pigeon pair was on the way. Cristiano, who shared the clip on his Instagram at the exact time as Georgina captioned it:

“Where life begins and loves never ends,” he also added some heart emojis.

Where it all began

The couple first met in 2016 at the Madrid boutique where Georgina was working. The couple have been dating for just over five years now and are not married.

Daily Mail reports that just a few hours before the gender reveal, Georgina spoke about her upcoming Netflix documentary where she speaks about how she went from rags to riches. The documentary is called Soy Georgina and does not have a release date set as yet.

According to Georgina who describes herself as blessed, she does not pay any mind to her critics because she is “strong with personality.”

“I’ve always been very strong and had a lot of personality.” She also added: “I believe firmly in destiny and even more so in Karma. You receive what you give.”

ALSO READ: Ronaldo hits out at journalist for ‘disrespectful lies’