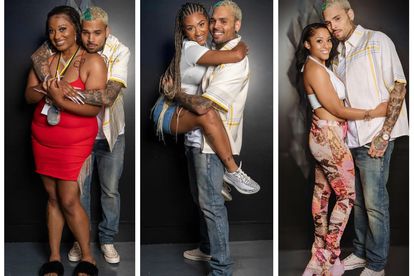 With inflation, rocketing fuel prices, and an exorbitant price of living – especially if you’re a celeb – having a side hustle is imperative – just ask Chris Brown!

But whilst many can respect his money moves, others have found them a tad desperate

In pictures that went viral this week, Chris Brown is seen posing up a storm with fans backstage as part of his VIP concert experience.

According to HipHopDX, the crooner is charging a pretty penny for custom pics with him – $1000 each!

And for the small fortune, fans get to get up close and personal with the hitmaker, including choosing their own poses – including some prom and baby shower-inspired ones too.

And Chris Brown doesn’t seem to mind one bit and is seen happily indulging in his loyal fans’ requests.

But are the pics worth the price?

Whilst tweeps are deliberating if the price is a fair deal or not, the nature of the pics has many howling with laughter

@ABCDEFGHIrock: “Chris Brown managed to make every girl he took a picture with look like the love of his life LMFAO”

@whogotps5: “Just seen a picture of my BM at the Chris Brown meet and greet. That should be enough for me to get full custody of my kids”

@ShitsDope: “My man looks like he not even there behind the pain in those eyes”

@runitup42: “That album flopped bro had to find another way”

@TheirinVanity: “Chris Brown must be needing to pay those bills”

not hating or nothing but this look like a baby daddy/baby mama pic at the baby shower pic.twitter.com/DBmYTQujnK

Others claimed the price was too steep, even for the cringe pics

@callherjay: “$1k for a meet and greet I better leave with one of my eggs fertilized”

@reegottfans_: “If I’m paying that, I’m telling my kids I used to date Chris Brown back in the day & showing them the picture”

@leemadzvamuse: “Honestly, for 1k he should strip for me”