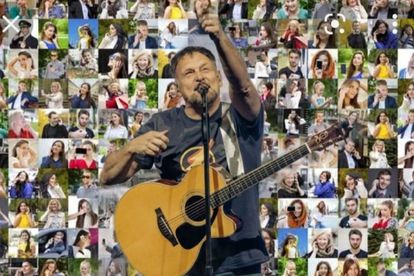 Steve Hofmeyr and his fans have put Charlize Theron on blast for her comments about Afrikaans.
Image via Facebook
@steve.hofmeyr

Steve Hofmeyr and his fans have put Charlize Theron on blast for her comments about Afrikaans.
Image via Facebook
@steve.hofmeyr

Whilst probably speaking in jest, Charlize Theron unknowingly – or knowingly – poured gasoline on South Africa’s sensitive course of race relations when she spoke ill of her mother tongue langue: Afrikaans.

In an interview that aired this week, the Benoni-born actress poked fun at her native language, which she claimed was “not very helpful”

But her words have had a ripple effect back home, with many South Africans – Afrikaans-speaking and others – calling her out for her thwarted opinions.

Taking to his popular Facebook page, Afrikaans singer and activist Steve Hofmeyr had a tongue-lashing in store for Charlize Theron.

He shared: “Look, she slapped us awake now. Charlize thinks Afrikaans is not a ‘helpful’ language and that barely 44 people still speak it.

“If it could perform the first heart transplant, it’s usable enough for me”.

He added: “Afrikaans is a marginalized language that, regardless, lives and will survive. Our last university was just taken from us and still, we are finding ways to provide brilliant tertiary education. We also have the most popular swear words on the mainland! “

On Twitter, he threw more shade, likening Charlize Theron to a “frog” and liking memes that mocked her.

And his followers agreed with his sentiments.

Geraldine Williams: “I have one word for Charlize. Voetsek!”

Elmien Crafford: “Seems to me it’s not only Malema who struggled at school… Charlize’s Math wash also looks a little off”

Istel Brandt: “She comes from Benoni with only 44 brain cells”

Victor Hoops: “Steve, your children alone are then more than 44, where does she come from then?”

Petro Weidenmann: “Charlize must go fly, never has she had something good to say about South Africa. Afrikaans is the most descriptive language in the world, and we Afrikaaners can call a thing and say whatever we want. Our fellow Afrikaans speakers, no matter where in the world they are, will understand exactly what you are saying”

MORE ACTORS HAVE THEIR SAY ON CHARLIZE THERON COMMENTS

Suidooster actress Jawaahier Petersen: “I wouldn’t say that the language is dying. I think we are in a beautiful place in our country now where there is so much inclusivity for the diversity of Afrikaans and the roots of Afrikaans”

Ludik actress Lea Vivier: “I always find it upsetting when an individual in the public eye makes an uninformed blanket statement. Not only does it underestimate a very diverse cultural group and its people, but it also insults the growth and progress that Afrikaans is making. It’s a rich and diverse language. I lost a lot of respect for her. No language is ever ‘not helpful’”

7de Laan actress Mila Guy: “We’ve got a whole channel, kykNET, dedicated to people speaking the language and it’s extremely popular on DStv. Even people who emigrate still speak their home language. You take your language with you. It’s a big part of your identity and who you are. You always go back to your mother tongue. To say something like that is almost like her trying to wash us away. It’s her roots.”

ALSO READ: Charlize Theron under fire: From Afrikaans to her parenting!