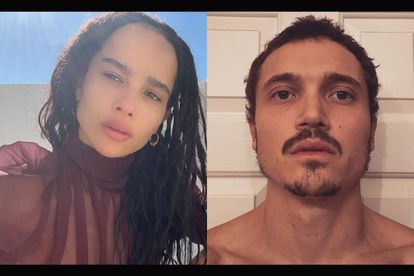 American actress Zoë Kravitz and actor Karl Klusman’s divorce has been finalised by a New York court on Monday 23 August, according to a report by Entertainment Tonight, amid rumours that she is dating actor Channing Tatum.

The Big Little Lies star filed for divorce from Karl Klusman on 23 December after being married for a year and a half. Zoë and Karl began dating in 2016, revealed their engagement in October 2018 and tied the knot at the Paris home of her father, Lenny Kravitz in June 2019. Now, the former couple are officially divorced.

Kravitz has not yet commented on the split from her husband. However, in January this year she welcomed in the new year with a cryptic Instagram story about change.

“People, places and things that no longer serve my greatest and highest good,” read the Instagram story.

ALSO READ: Who is the ‘cute a-hole’ at Britney’s side? Here’s what we know

The news of Zoë Kravitz’s divorce comes just after she has been spotted out with 21 Jump Street star Channing Tatum in the streets of New York. Earlier this week, the pair were spotted at a supermarket together in upstate New York.

Just before that, the pair were seen riding a bike together in New York City with Zoë wrapping her arms around the Magic Mike star.

Channing Tatum divorced his ex-wife Jenna Dewan in 2019 after being married for 10 years. What does Dewan have to say about her ex-husband’s dating rumours? A source confirmed to E! News that she is not that bothered about it.

“Jenna doesn’t get involved in who he dates. She wants the best for Channing and hopes that he is healthy and happy. She leaves it at that,” said a source to E! News.

Jenna Dewan and Channing Tatum have eight-year-old Everly Tatum together. Jenna Dewan is currently engaged to actor Steve Kazee who she has one-year-old Callum Michael Rebel Kazee with.

“She has very much moved on with her life with Steve and her kids. Her focus is on raising kids and making sure they have everything they need,” the source continued.