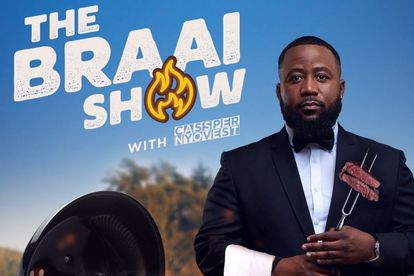 Cassper Nyovest has scored a SAFTA nomination for ‘The Braai Show’. Image via Twitter: @casspernyovest

Cassper Nyovest has scored a SAFTA nomination for ‘The Braai Show’. Image via Twitter: @casspernyovest

The nominees for the 16th annual South African Film and Television Awards (SAFTAs) were announced on Thursday 14 July with Netflix’s How to Ruin Christmas scoring 16 nominations and Showmax’s The Wife bagging 10.

Rapper Cassper Nyovest, who was at the centre of controversy after landing an opportunity to host The Braai Show, has also scored himself a nomination for Best Variety Show. The Tito Mboweni hitmaker took to Twitter to celebrate the nomination with his followers.

ALSO READ: Where there’s smoke…: AKA on why he was booted off ‘The Braai Show’

After his ex-fiancée Nelli Tembe passed away in April 2021, AKA made the decision to step back from his all business endeavours. Just five months after the incident, Cassper Nyovest announced that he will be taking over AKA’s position as host of The Braai Show.

The show was renamed The Braai Show with Cassper Nyovest with the rapper hosting the likes of Somizi Mhlongo, Miss Universe 2019, Zozibini Tunzi and close friend DJ Sumbody.

In August 2021, AKA was embroiled in a legal battle with MakhuduCom and Cake Media over The Braai Show’s intellectual property. In March this year, a court ruled that he owned 50% of the show.

The Braai Show has received a SAFTA nomination in the Best Variety Show category. The SABC 1 series is nominated alongside SABC 3’s Expresso Morning Show and After The Vows on SABC 2.

ALSO READ: 2022 SAFTAs: Here are your soapie and telenovela nominees

“You are going to win it! Mark this tweet,” wrote one tweep.

“Just hope you win this one my guy, we’ll be the talk of the month on this app,” wrote another tweep.