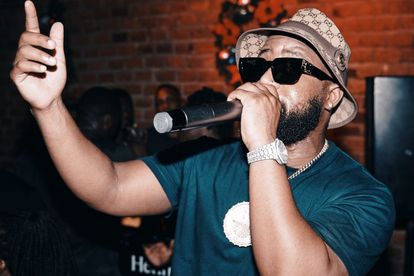 Star rapper and entrepreneur Cassper Nyovest has a long list of international features under his belt. The Siyathandana hitmaker has previously collaborated with the likes of Anthony Hamilton, Wizkid, The Game and Black Thought.

The prolific artist is now adding another international feature to his list!

The multi award-winning artist took to Instagram Live with amapiano producer Abidoza and teased some of his yet-to-be released music. The duo clearly had a ball at their two-man party!

One stand-out track was a song with American singer-songwriter, actor and dancer Ne-Yo.

“I don’t know if it’s gonna come out as Ne-Yo featuring Cassper or Cassper featuring Ne-Yo,” Cassper joked before adding: “When we say amapiano to the world, we mean it”.

Listen to the song here:

The successful rapper released his latest album, Sweet & Short 2.0, on 30 June and had amapiano fans stunned with his impressive feature list.

Of these artists, local songstress Boohle features on his single Siyathandana which are rocking the SA charts. The song’s music video has already achieved more than four million views on YouTube and is still going strong.

After signing a R100 million partnership deal between his label, Family Tree Records, and South African footwear brand Drip Footwear in June, Cassper has released his first original sneaker, the “Root of Fame 990”.

The sneaker is available in five different colourways including triple black excellence, black salmon, off white and triple white.

Some celebrities who have gotten their hands on a pair include influencer and YouTuber Mihlali Ndamase, DJ Sumbody, and house legend Oskido.