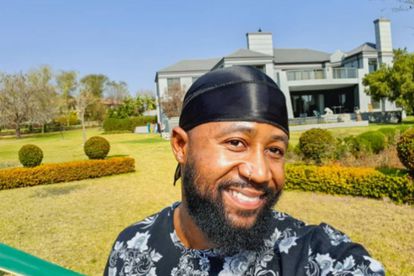 We often get a glimpse into various celebrities’ homes and their expensive cars, but now, Cassper Nyovest’s mansion is giving tweeps Extraordinary Homes and Top Billing vibes.

Refiloe Maele Phoolo, more popularly known by his stage name, purchased the home about two years ago and regularly brags about it on Instagram. He now reportedly shares it with his girlfriend – the Durban influencer Thobeka Majozi and their son.

What’s more, he has been giving fans glimpses of the spectacular home on social media.

He previously said that one of the things he enjoys the most about his “beautiful” home is the sunsets.

“I don’t get over them. Truly blessed.”

The rapper has also been sharing his life’s dreams on Twitter to the surprise of many of his fans.

In December 2020, the Mzansi rapper tweeted that it was his dream to buy himself a 458 Ferrari on his 30th birthday, but the global coronavirus pandemic messed up his plans. He does not plan on giving up on his Ferrari dreams though, tweeting “Ima get a rarri one day doe. 2022!!!. But for 2020, a new Bentley will have to do…”

As of recently, the rapper said that he is walking away from the highly anticipated boxing match with his long-time rap-rival AKA to concentrate on becoming a billionaire.

The infamous boxing match between Cassper Nyovest and AKA has been going back and forth for a few years now. The rappers have continued having a go at each other through their communication channel of choice — Twitter.

In a Tweet shared to Caspper’s 3.1 million followers, he effectively pulled the plug on the boxing match by saying “enough about the fight, I know it’s boring now”. He added a project he was working on was a step in the direction of becoming South Africa’s first hip-hop billionaire.