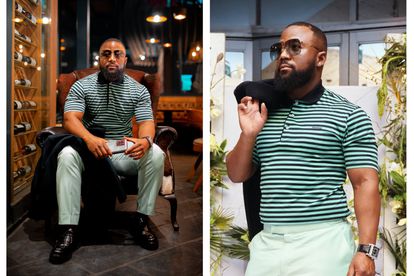 Cassper Nyovest was swindled out of R22 000 at Hotel Sky in Sandton last month.
Image via Twitter
@casspernyovest

Cassper Nyovest was swindled out of R22 000 at Hotel Sky in Sandton last month.
Image via Twitter
@casspernyovest

Last month, Cassper Nyovest revealed he had become a victim of credit card fraud after a scammer cloned his card.

According to Daily Sun, the incident occurred on 16 May at Hotel Sky, a popular upmarket hang-out spot in Sandton

The publication reports that he opened a case at the Sandton police station after he noticed that a large sum of money had disappeared from his bank account. At the time of the incident, Cassper was also at Hotel Sky around lunchtime, reported the publication.

A police report reportedly read: “He noticed that his bank card was used at the hotel without his knowledge and was defrauded an amount of R22 000”.

Two weeks later, Cassper would tweet about the incident.

He posted on Monday 30 May: “Someone cloned one of my @FNBSA  cards and they have been having a ball with my money. It took me a while to notice so I don’t know how much they really stole but I want to know how is it so easy to get a card cloned? Isn’t our money supposed to be safe with these banks?”.

Cassper reported that whilst the police were investigating the incident,  he was still feeling apprehensive

He added: “My issue is the fact that this can even happen. That’s very scary. I don’t feel that my money is safe anymore”.

HOW TO KEEP YOUR BANK CARDS SAFE

The bad news is that no one – including celebs like Cassper Nyovest is exempt from scammers. The good news is that you can take measures to protect yourself and your money.

Here are a few tips to keeping your bank cards safe.