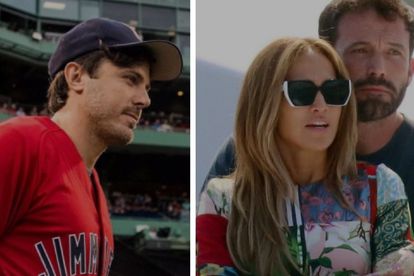 Ben Affleck (49) and Jennifer Lopez (52) were once Hollywood’s favourite couple until they called off their wedding in 2003. Eighteen years later, the two media personalities rekindled their love – much to the excitement of their fans.

However, one person who is not happy about the couple giving their love another shot is Casey Affleck – actor and brother to Ben Affleck.

According to OK! Magazine, the Gone Baby Gone actor finds his brother’s relationship with J.Lo “superficial”.

“He finds them superficial. Ben and Jen are at the centre of the whole L.A. social scene, which Casey finds frivolous and has really divorced himself from,” a source told the outlet.

According to the source, Casey is also not interested in the idea of double-dating with his brother and the Love Don’t Cost A Thing singer. The 46-year-old Manchester by the Sea star is in a relationship with 24-year-old actress Caylee Cowan and they are reportedly getting serious.

“Casey is allergic to the circus Ben’s life has become, and it’s just not a world he knows or cares to navigate. He and Caylee won’t be double-dating with Bennifer anytime soon!” said the source.

Meanwhile, the Hollywood couple is taking their relationship to the next level. TMZ reported on 19 March that Ben Affleck and Jennifer Lopez bought an estate worth more than $50 MILLION (R733 million).

The publication revealed that the house is a 20,000 square foot estate in the ritzy Bel-Air area of Los Angeles. The home has 10 bedrooms and 17 bathrooms. It has multiple kitchens, a theatre, gym, his and hers bath, and a pool.

Reports suggest that the couple bought a mansion with their blended family in mind. The Batman actor shares daughters Violet (16) and Seraphina (13) as well as 10-year-old son Samuel with ex-wife and actress Jennifer Garner.

On the other hand, the songstress shares 14-year-old twins Emme and Maximillian with ex-husband Marc Anthony. In addition, J.Lo and Jennifer Garner are said to have an understanding and have grown close. While the Maid in Manhattan actress’ twins also get along with their new stepfather.

“They’ve come to an understanding that all that matters at this point is what’s best for the kids. As mothers, this is important to J.Lo that Jen is on board. Jen’s kids really have taken to Ben and his children which is super important to Jen, too,” said a source.