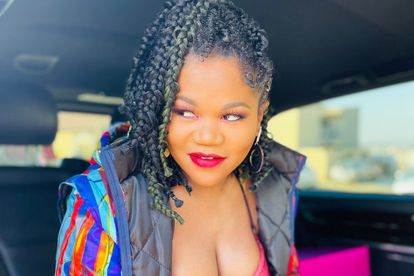 Busisiwa has offered the public a reward of R40 000 for the safe return of her stolen property, or information leading to it.

The gqom singer made the announcement on social media after revealing that her home studio was wiped clean of a “decade of work that is essential to my career and my children’s legacy”.

BUSISWA: SOME THINGS MONEY CAN REPLACE

The Nice Life hitmaker claimed that a number of electronic items had been taken in the burglary, including a PC with hundreds of her songs on it.

“Nobody was harmed, thankfully. But we lost equipment of great value to me. Namely: A black HP i7 (computer) tower, a silver iMac PC, 2 black BTX monitors, blue JBL portable speaker.

“Some things money can replace but the greatest regret is the loss of over 500 songs and visual content on the computer tower and personal computer (MAC PC).

Busiswa is calling on anyone who has the items, or knows of their whereabouts to urgently contact her.

A number of celebs sympathised with Busiswa and her loss, including musos Boity, Ms Cosmos and Tamara Dey.

“Knowing how terrible this is, I would like to add R10000 to make the reward R50000. May the person who stole this equipment bring it back please.

BUSISWA SPEAKS OUT ON BURNING OF LOOTED GROCERIES

The theft of Busiswa’s music catalogue comes days after the singer slammed the burning of looted groceries by government officials.

The reality TV star expressed her anger and heartbreak over images showing piles of stolen food being burnt.

“We’re in hell” and “May history never forget,” she tweeted.

Sit back, relax and enjoy the game!

Classic cornbread: A versatile loaf recipe for stews and curries

‘We still need you’: Petition begging Ramaphosa not to resign launched