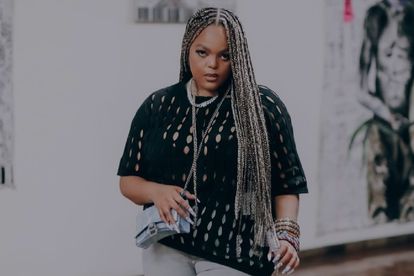 DBN Gogo’s old tweets have come back to haunt her after tweeps discover she used to be a troll too. Image via @dbngogo/Instagram

DBN Gogo’s old tweets have come back to haunt her after tweeps discover she used to be a troll too. Image via @dbngogo/Instagram

DBN Gogo is being dragged on Twitter after she tried to defend herself from trolls who made vile comments about her dress at the launch of the Showmax reality show Real Housewives of Lagos (RHOL).

A number of trolls started asking the amapiano DJ if she is pregnant upon seeing her look for the event. But things got ugly pretty quickly when she stood up for herself, and tweeps, in turn, dug up her old tweets.

The Possible DJ used to be a Twitter troll herself, as evident in tweets from 2010 to 2015 about Bonang, Pearl Thusi and more celebrities.

DBN GOGO TELLS TROLLS WHERE TO GET OFF

The Coachella Heineken House headliner moved swiftly to dismiss rumours she was pregnant by telling trolls she will not accept anyone’s nonsense.

In another tweet, she said, “I wish you guys could keep ur negative opinions to yourself especially when people are content and happy with how they’ve presented. You’ll never control how anyone looks. You can however control your mouths.”

Shortly after DBN Gogo’s tweets, Twitter users reached into the archives and asked her “this you?” – essentially labelling her a hypocrite.

The musician has also taken jabs at some celebrities in her younger days before she became a household name. These include Bonang Matheba, Cassper Nyovest, Pearl Thusi and American singer Kesha.

Another old tweet by the Bells hitmaker talks about the University of Cape Town (UCT) offering her space to study because of her influential father. The star is the daughter of former Energy Minister, Jeff Radebe. At the time he was the Minister of Justice and Constitutional Development.

In a 2012 tweet, she confidently told her followers that her uncle – President Cyril Ramaphosa – will succeed former president Jacob Zuma.