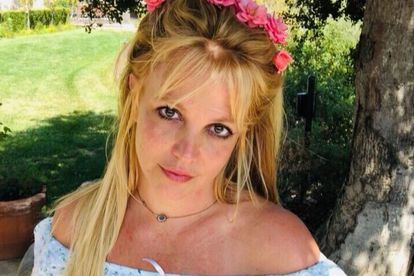 American singer Britney Spears has gone topless on Instagram for the fourth time in a week triggering fans’ concern as they suspect something is going on, wondering whether someone else is posting these without her consent.

In a space of just one week, troubled pop star Britney Spears posed topless on her Instagram four times. In the first picture, Britney is seen in light blue denim shorts, using her hands to cover her chest as she looks directly into the camera. In the second picture, she uses emojis to cover up and this time throws her head backwards for the picture.

The third post was a video of the star dressed in the same light blue denim shorts using her hand to cover her chest again and the fourth post is an Instagram Reel where Spears is yet again topless, this time looking into the camera.

FANS THINK THE POSTS ARE ‘SUSPICIOUS’

Fans and followers of the singer took to the comments section of the post to express their thoughts and many felt like something suspicious was going on.

“I feel these are being posted my someone else..,” wrote @its.all.lies__.

“Something suspicious is going on,” wrote @boiledbroccoliwater.

“I live for the day the conservatorship ends and Britney can finally tell us the truth about what’s been going on,” wrote @tinythunderlifts.

“Who else is straight up concerned 😟!!!!,” wrote @ninafaraway.

“I feel these are private and being posted without her consent,” wrote @megmeg2170.

This is not the first time the Gimme More hitmaker’s Instagram posts have concerned fans.

In January, fans and followers were sincerely worried about the stars mental health after she posted videos of herself dancing. However, she later confirmed that the videos were just good fun and not that deep.

While she is going through a lot with her conservatorship battle against her father Jamie Spears, the star seems to be acting out on social media.

BRITNEY AND CHER ON VACATION?

Britney also posted an illustration of herself and American singer Cher, saying they went to St Tropez, France, together.